Ezra Klein invited NK Jemisin on his podcast and she walked him through the world building exercise she does with students. I have transcribed the portion of the podcast where they go through the exercise. There was some banter at the beginning I did not include, nor did I include the last 20 minutes or so, where they went on to talk about other things a writer might think about when creating their world – like roles and scripts and how those play out in interactions. I encourage you to listen to the entire episode, which you can find here: Ezra Klein Show:
I build a world with fantasy master N.K. Jemisin 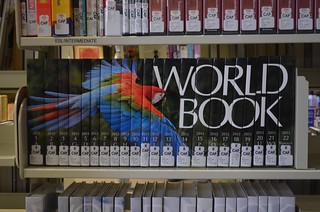 EK: How do you imagine a world so fully? What does it take to generate the rules of a universe that your characters and readers will live in for thousands of pages, and make all of that feel real? This is an unusual podcast: it’s not a conversation, it’s a demonstration. Nora shows us how she builds worlds, rather than just telling us. She does it live, here. And it’s amazing to experience in real time! You realize that building new worlds is about thinking more clearly about our world, so you can imagine what would happen if you began changing parts of it.
…
There’s a post-script. Between when I recorded this a few weeks ago and now, Jemisin became the first writer to win three Hugo awards for best novel in a row. And to have every book in a single series win that award. It’s an amazing achievement and I’m so proud to present this conversation.

Differentiation is one of the ways cultures develop, kind of in rivalry or interactions with other cultures; they want to be different from those people over there next door. This is why, in a lot of cases, cultures that develop in the same environment next door to each other are so drastically different. They get their identity from “we ain’t like those people.” In some cases, that does lead to warfare, among very similar people. There’s a bunch of different examples I could throw out where.

Cosmogony: where do we come from? How their ideas about where we come from may have developed. Different cultures in our world looked up at the sky and were able to cobble together how the planets worked and figure out basic astronomy. A lot of them used that to develop different mythologies. Greeks came up with the gods living in constellations. Or constellations telling stories that were rooted in their own mythology.

Economy is exactly what it is in our world: how do they get and distribute resources? We might want to dig deeper into that one. People in a desert who were formerly forest dwellers, who are living in a world where they are the poorer cousins of big city folks – how do they make their money? How do they survive?
EK: I think the question is, do we want to make them traders or raiders?
NKJ: my guess is they wouldn’t last long as raiders. If city people have more resources, they can rapidly develop defenses or abilities against any raiders. Eventually they can fight them off and eventually track them into the desert and wipe them out.
EK: so traders it is!
NKJ: Yeah, raiding doesn’t work too well once you’ve got an economic disparity between the groups. One group usually just takes over the other at that point. Let’s say traders. What are they getting out of the desert that people in the city would pay top dollar for? Do you have any thoughts on that?
EK: Let me think about this for a minute.
NKJ: Or at least pay enough that the people living in the desert could survive and make a living?
(Silence then laughter)
EK: Well this is where the problem that I just pulled this out of … holes in my mind immediately comes up —
NKJ: Well, let’s go back to Burning Man though.
EK: You have a crew of people living in unusually high dwellings, who have adapted to a super rough environment. Let’s say, compared to other cultures, have an unusually communal culture. Compared to more individualistic cultures that have developed, cultures that are a little more internally-trading based if we’re going to use the Burning Man build here. They do less trading with themselves, trying to build things communally, in order to survive in extreme conditions, has an almost kibbutz-like way of erecting society, raising children, communicating with one another. Let’s say they are builders. I don’t know where they get the resources to build, but what they are trading is their expertise at creating dwellings that are unusually well designed, to be transported and to withstand harsh climates.
NKJ: That makes me think building into cliffs does require some really complex and advanced architecture. For one of my books, I ended up going to – I’m mutilating the name – Canyon de Chelly. [explanation of how to spell and pronounce]. It’s a little a valley/canyon in Arizona in the Najavo nation. If you go down into it, you can see where the ancient Anasazi had built cliffs a thousand feet off the ground. Whole villages were built up there. You saw the architectural techniques they were using to do this, supports and struts and tackles and pulleys, used at a time when we didn’t think civilizations were doing a lot of this advanced architecture and construction-type stuff. So that makes sense. It follows that the people who come from this culture know some unique building design techniques, and would farm that out to people in the cities who were like, “hey! We don’t know what we’re doing! We’re still living on huts in stilts because of floods. Maybe you can offer us some different suggestions, or maybe you can help us build skyscrapers.
EK: That would be one. The other thing you made me think of, I’ve been doing some other work on a journalism project … about global water crises. Which is that a desert culture would be adapted to less water. If you imagine, as has happened in some of your books that I love, that you’re going through a time of geographic stress, of climatological stress, and so you’re going through a drought. You’re dealing with a poor culture, that has traditionally been poor and a little water deprived, and has managed to survive amidst that. Now the rest of the world is having to deal with similar things. So some of the techniques they’ve developed are all of sudden in demand.
NKJ: Like water reclamation
EK: Water reclamation, yep
NKJ: That works.
EK: So there is knowledge they have. They’re at a moment, perhaps, past poverty, and ways of life that were previously looked down on have some value.
NKJ: That requires us to do some world building about the people on the coasts. Are they the kind of culture who would be willing to listen, to people that they once scorned. We have seen from human history that that does not happen.
EK: That’s a fair point.
NKJ: I’m reminded off the top of my head – there was a period of time where Vikings and Inuit cohabited the same environment. I want to say Greenland, it might be Iceland, I always get them mixed up. It’s horrible. Where they were cohabiting, on the same land, the Inuit had learned to hunt and eat seal, because that was one way to keep their nutrient level high. You couldn’t grow much in that environment. The Vikings would not eat seal. According to them, the seal tasted bad. I don’t blame for being like, ew, gross! Because they wouldn’t adapt, the Vikings did not last very long in this environment. The Inuits did; they’re still there now. Of course, in modern times, everybody’s there.
This is an example in our own world. You see people who could listen to the locals/indigenous people on how to live and survive in their land, and don’t. We haven’t seen a whole lot of that evidence in our society, in our world.

[commercial]
[Ezra and Nora have a discussion about world building, frameworks, understanding models and scripts. I recommend going and listening to the discussion. At the end, he asks her to recommend three books.]
EK: what 3 books would you recommend to our listeners?
NKJ: I’m terrible at recommending books.
Martha Wells Murderbot series
Just finished reading Octavia Butler’s Unexpected Stories – 2 stories that were found posthumously.
I can’t think of anything else off the top of my head! Only two of three.