For the past several years I’ve chosen a word to be my focus for the year. They’ve all been variations on trying. Last year was iterate. 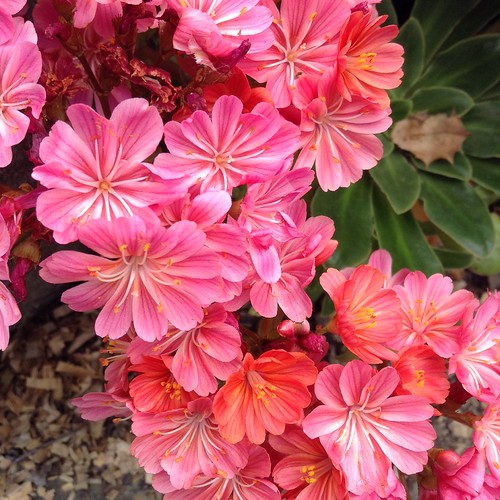 This year I want to try something different. I find working on my own to be incredibly difficult. In some ways, all art is collaboration. There is a conversation that is happening, between the artist and the world. I am constantly having conversations in my mind, and when I can engage with someone else, there is a synergy that catalyzes the process. Collaboration gives me the structure I’m constantly seeking, something to push against and respond to.

In the spirit of this intent, I was also given the word LOUD by my friend Andrea. So I am considering what that means for me, and the irony that I don’t have much to say on it right now is not lost on me.

What are your intentions for 2018?

Ha! Those with wigs & those without. I'm tired and should go to bed. Anyway, I'm still trying to figure out who I am without that struggle.

That last line resonated so deeply for me. “I’m still trying to figure out who I am without the struggle.”

We had a brief conversation on Twitter which led to a collaboration that I’m super excited to share with you. Otts is a visual artist, and I work in the medium of words. He encouraged me to write something up and said he would draw a comic based on what I wrote. I had never worked with a visual artist, and I didn’t know what to provide. I barfed up a bunch of words about resistance, righteous anger, defending the boundaries and self care. I don’t want to say too much about what I wrote, but instead share what he created: 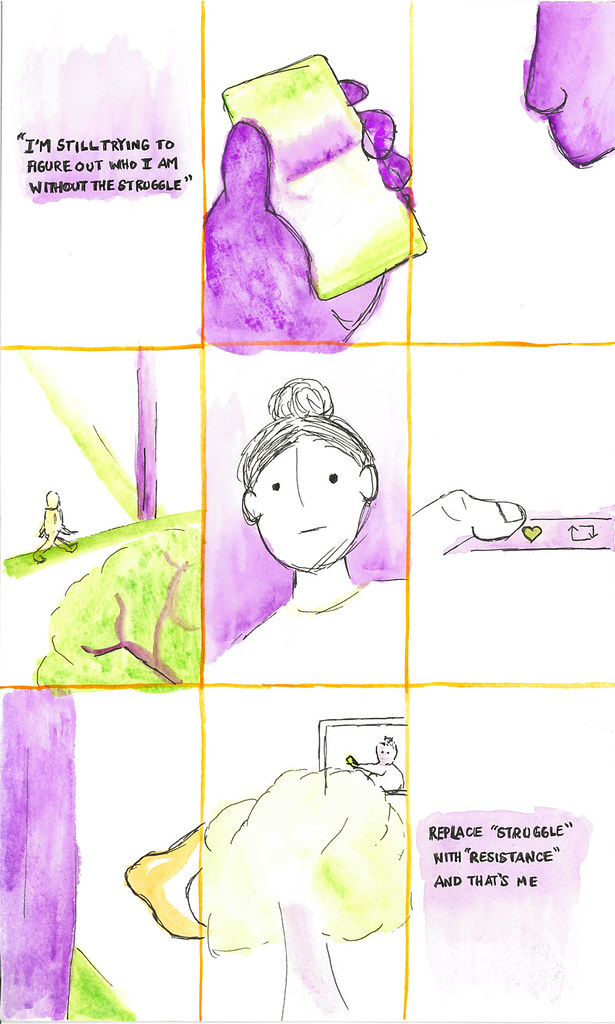 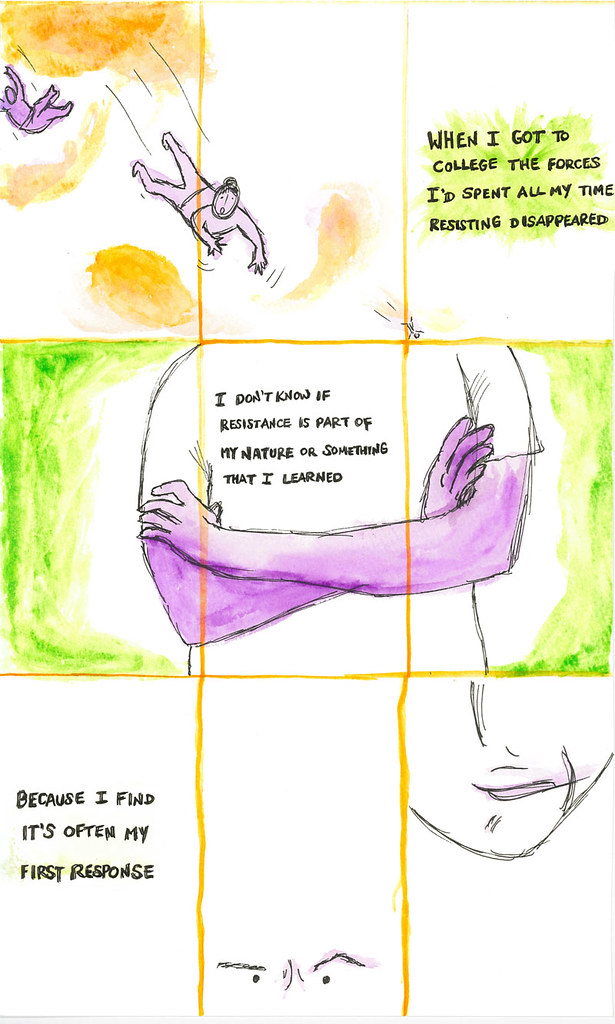 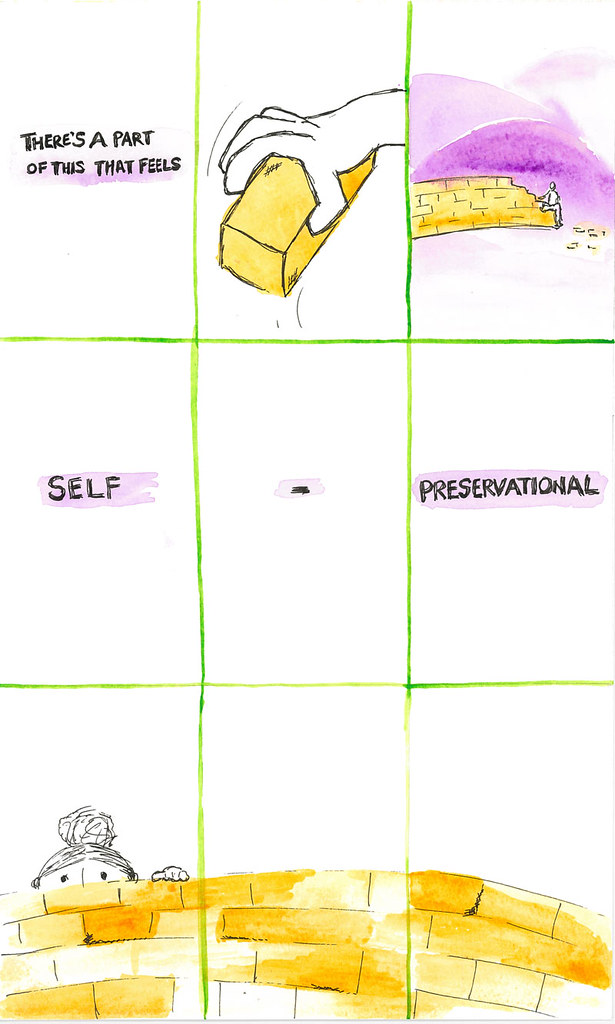 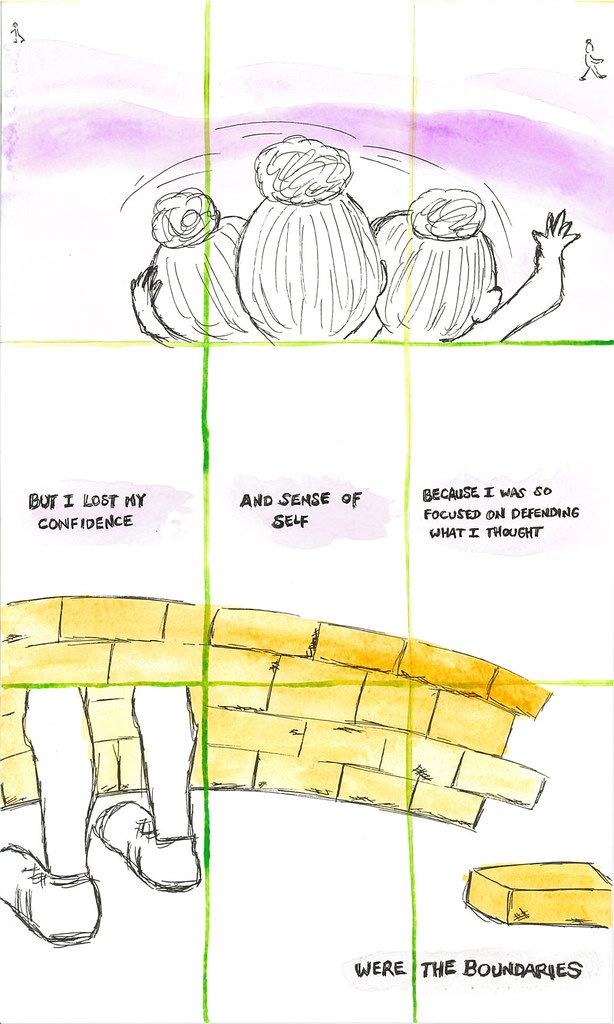 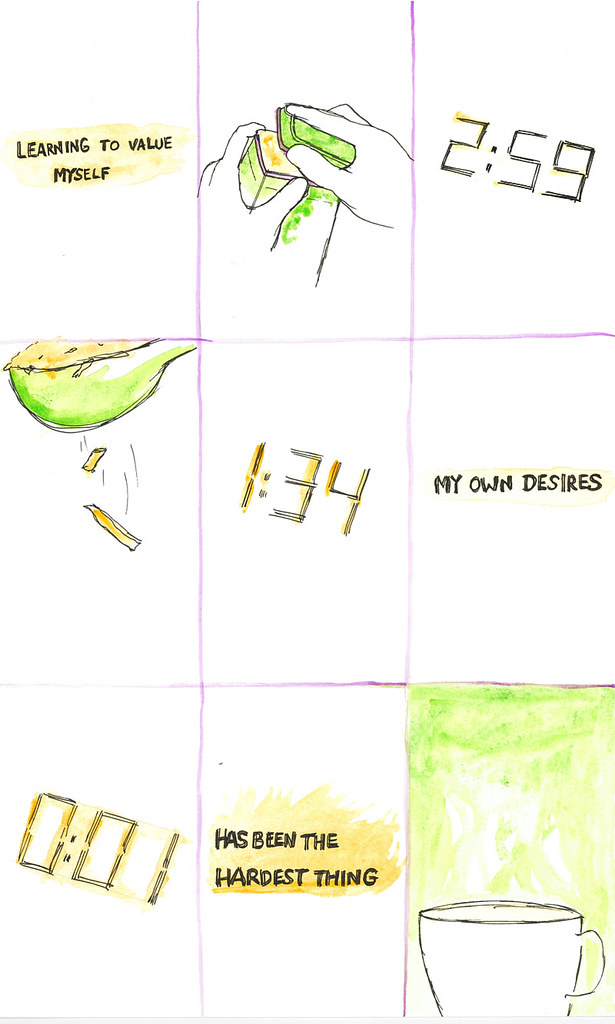 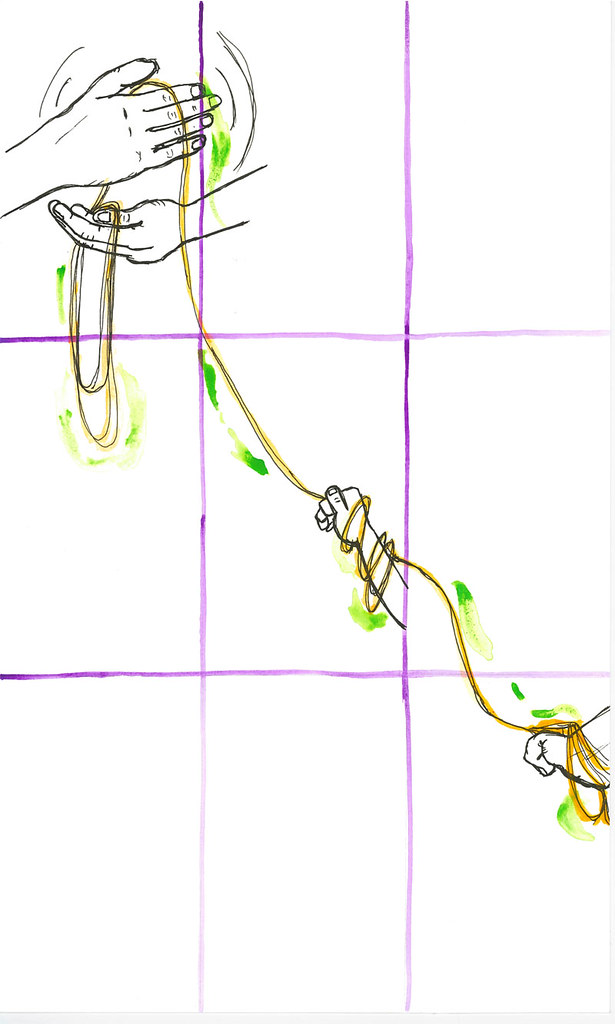 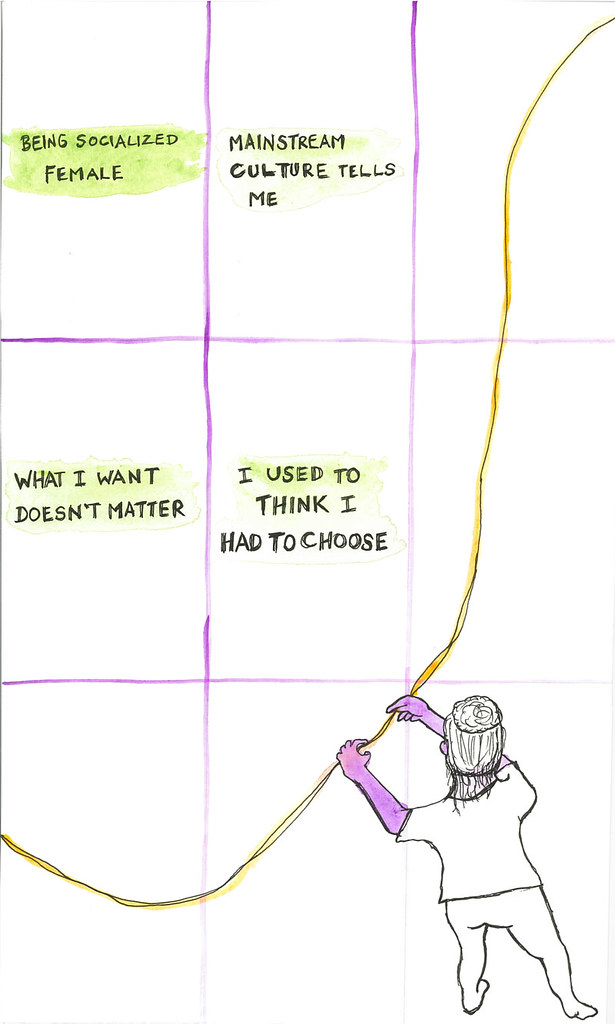 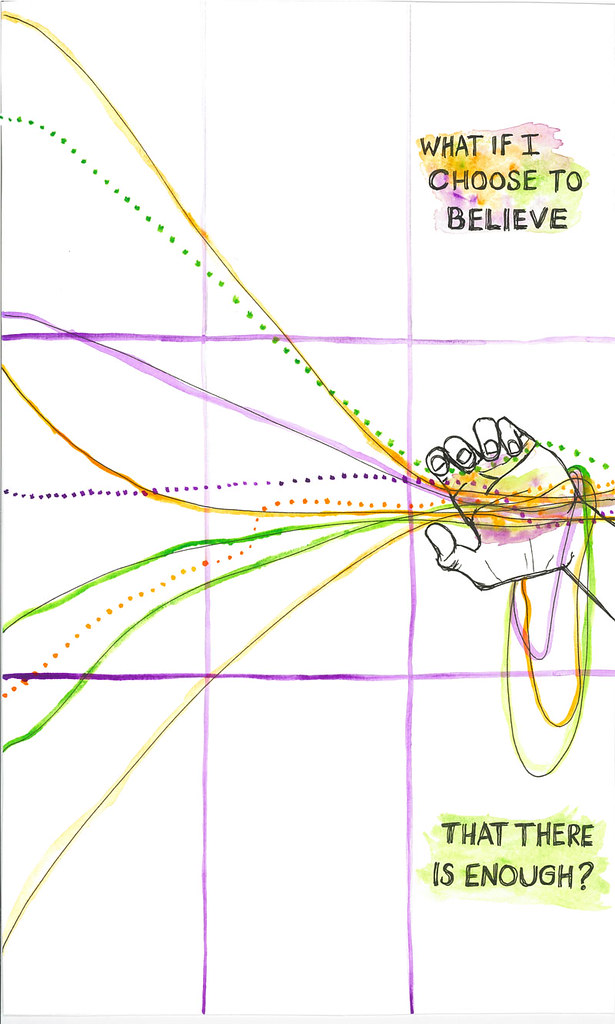 Otts shared his process with me, and I will post that in a couple of days. In particular, I love that he included the tea ritual in this piece, since many of you know what an avid tea drinker I am!

Please let him know what you think! Personally, I think he is a wonderful person AND artist. 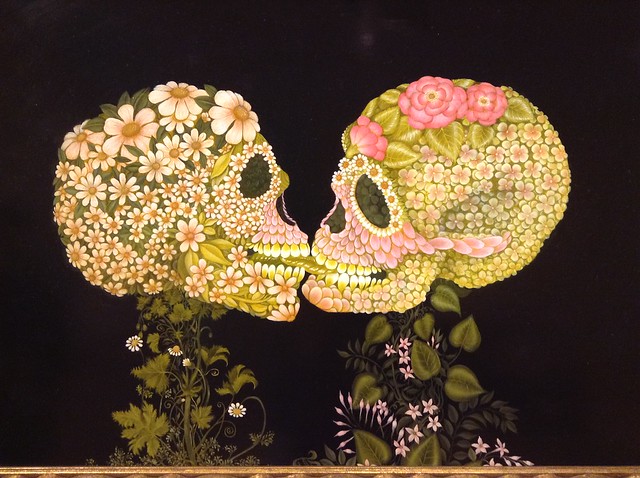 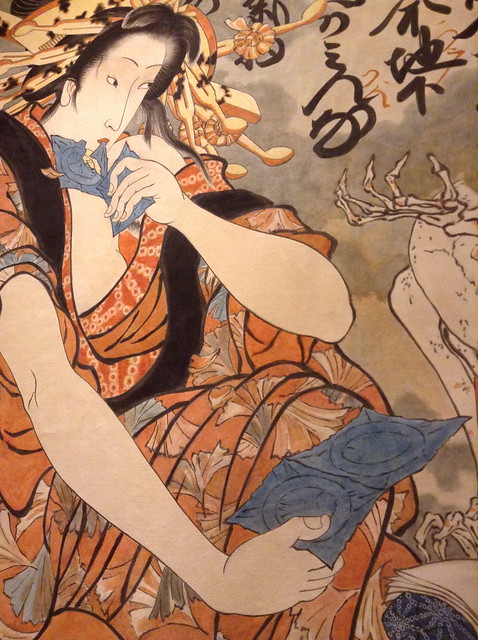 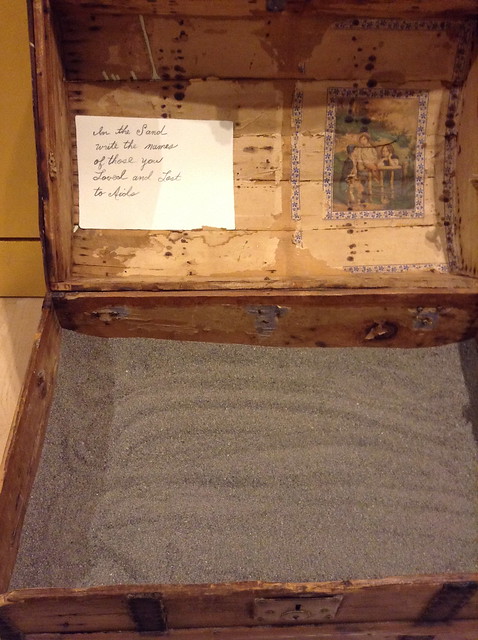 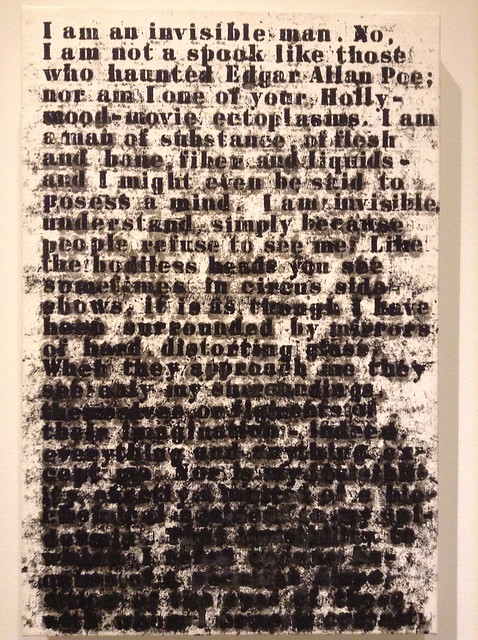 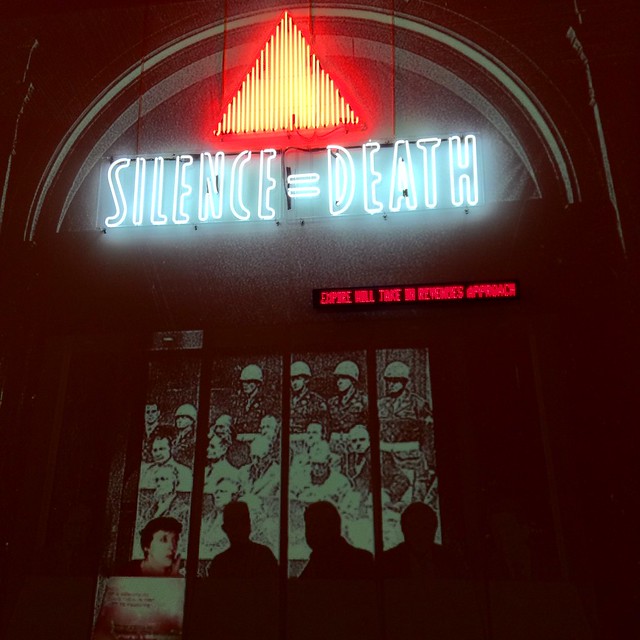