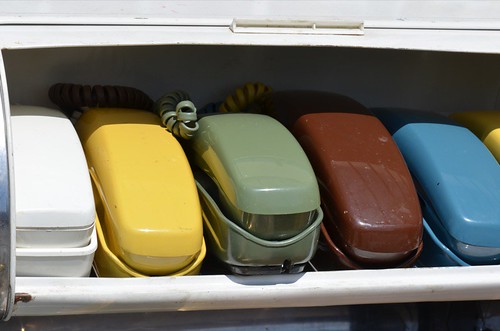 I grew up in a house without a television. When I was a kid, and classmates would learn this tidbit, they would follow up with, “Do you have a phone?”
“Yes, we have a phone. My dad’s a doctor. We have to have a phone,” I would say.
“Then why don’t you have a tv?”
“My mom doesn’t want one,” I’d say.

This is a teensy prologue to the question I often get today: “Why don’t you have a cell phone?”

There’s so much implied in that statement, most of which can be summed by either a) can’t you afford it? or b) what kind of Luddite misanthrope are you?

The other day, a fellow writer I’ve met on Twitter said this:

#TGIF But what I really need is a phone that never dies because it converts oxygen into battery life.

@amkwriter if I wanted a cell phone, I'd want one that did that!

Mr. Khalifa asked me how I managed to live without one. Which is usually what most people ask. And I’m going to attempt to answer that question.

Here’s a longer one. I’m not a spontaneous person. I like making plans. I don’t mind not knowing. I despise the environmental impact. I don’t understand the whole phone contract/plan thing, which just seems like a giant scam. I have a long list of peeves about how people behave when they are using cell phones.

And my girlfriend would remind me to tell you all that I’m not really that cut off. I have had an iPod Touch for the last few years, which allows me to get online whenever there is wi-fi. I’m actually finding free wi-fi is becoming more and more ubiquitous, which is diminishing what minimal desire I might have to get a phone. I can send text messages via google voice if I can get on wi-fi. And trust me, no one ever wants to talk on the phone. Except my mother. And sister.

A couple of weeks ago I made plans to meet up with some friends for tea, and that went off without a hitch. After tea, I planned to meet up with my girlfriend. On the quad at the UW. At peak cherry blossom time. On one of the first warm, sunny days in Seattle. Even though it was packed with people, we did eventually find one another. It would have taken less time if we both had cell phones, but it didn’t end up taking that long in the end.

The only time I ever wish I had a cell phone is when I’m traveling in the country. Trying to connect and meet up with people would be easier if I did have a cell phone. But it’s not impossible to meet up. It’s only the expectation around meeting up that’s changed. Ironically, when I’ve been abroad, if I’d had a phone, it would have been exorbitant to use it. Wi-fi was almost always included in my lodging. Even domestically that’s becoming more common. I was just at delightful set of beach cottages last week that had wi-fi. 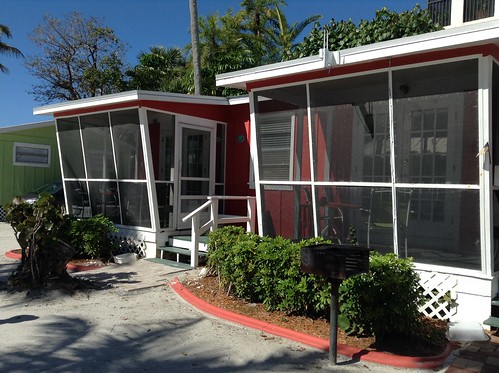 I’m not holding out or trying not to not have one. I don’t want one. Because when I want something? I just get it. I see how it might reduce a small amount of friction in my life, but for now, the cost just isn’t worth it. I am either in a place where I am available and can connect, or I’m not. I like the structural limit.

But maybe I’ll take Beth Wodzinski’s approach, the next time someone asks me: When I saw this week’s prompt, I initially thought I was going to take a picture of a Shona sculpture my sweetie got me for my 30th birthday. It is about 2 feet high and made out of serpentine (I think)? It’s two figures holding each other, and there is a story about how the sculpture was one of the few to survive the Nisqually Quake in 2001. And how it was so heavy my sweetie had to take it home on the bus, because it was too heavy to carry home.

But then EPIC TEA happened.

Let me back up. Last week I sunk down into a pit of sadness. This happens from time-to-time. I understand generally why it happens and have some strategies for responding. In the midst of this, Lis, tweeted about having tea at the Queen Mary Tea House. I responded to her tweet, and the next thing I knew, she was arranging to meet up with me and three other women on Sunday for tea. It turns out that yours truly was the catalyst and force for bringing together this particular group. There was Lauren, who I had inspired to start

Then there was Jess, who I’d met through the food tweeters a couple of years ago. And she brought along her friend, Kiri. So Jess and Kiri were friends, and Lauren and I were friends, and Lis was the bold soul who organized the event, but the five of us had an incredible time. I mean, I felt completely comfortable in my skin, with these ladies who are smart and bold and strong and sweet and beautiful. We talked about life, creativity, dreams, religion, feminism and photography, just to capture a few of the topics that swirled around. I didn’t cackle my head off, but I was soul-satisfied, in a way I didn’t even realize I’d been parched. There was no awkwardness, just joy and celebration about each person and what she brought to the table.

After tea, we visited the cherry trees that are blooming on the quad at the University of Washington. It was a zoo. But I did capture a few tranquil images: As I start another revolution around the sun, I want to carry this particular gift and share it as much as I can this year. Thank you, ladies, for what you gave to me. My friend Lauren told me about the Pomodoro Technique a while back. The basic idea is to break your work into smaller chunks, work for 25 minutes, take a 5 minute break, and then go back. Wash, rinse, repeat for 4 cycles, then take a longer break.

I thought I would give it a try today to see how it would work for me. I was interested for a couple of reasons:

So, how did it go? I will first say that I modified the technique as it is explained. I did not attempt to complete a single task in 25 minutes. Rather, I approached a larger project and gave myself 25 minute increments to work on it.

This approach worked very well! The first three pomodori I was able to maintain focus. My breaks were pretty close to 5 minutes. The last two pomodori I found my attention started to wander after 15 minutes and I really had to push aside temptation to say focused.

I had a discussion with a few pals on Twitter the other day about multi-tasking, busy-ness and the pick two of time-quality-price. I think many of us feel frantic as we try to fit more and more into our lives. I can relate to the White Rabbit from Alice in Wonderland: “I’m late! I’m late! For a very important date!”

I often feel as though I’m running behind, and the urge to do more! faster! is something I tussle with. Some days I’m better at it than others. Creating this blog and identifying the slow bloom philosophy has been critical in silencing that voice that tells me I should be doing more.

I liked the overall effectiveness of the technique, which helped me maintain my focus. One of the reasons I often stop what I’m working on is because I get stuck. But with this approach, I found I forced myself to work through whatever barrier came up, instead of goofing off and then returning to see if I had come up with a solution (which NEVER works – LOL).

I’m curious if any of you have used the Pomodoro Technique, or something similar, to manage your time and productivity. How does it work for you? What do you like? What works? What doesn’t? May Sarton has put into a few graceful sentences what I’ve been attempting to express with this project. This is what Slow Bloom is all about.

“It does not astonish or make us angry that it takes a whole year to bring into the house three great white peonies and two pale blue iris. It seems altogether right and appropriate that these glories are earned with long patience and faith … and also that it is altogether right and appropriate that they cannot last. Yet, in our human relations we are outraged when the supreme moments, the moments of flowering, must be waited for … and then cannot last. We reach a summit, and then have to go down again.
Maybe patience is the last thing we learn.”
~May Sarton; Journal of a Solitude

And thank you to Karyn Schwartz, proprietess of Sugarpill on Capitol Hill in Seattle, for bringing this to my attention.