I would tell you that my heart is heavy and light, full of emotion, swinging wildly from one end of the spectrum to the other. 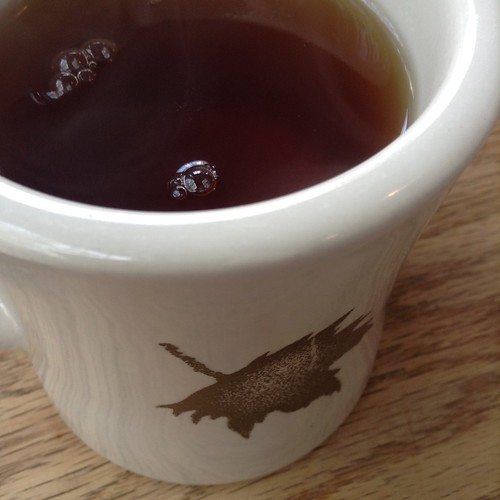 It’s World AIDS Day, and I think about all the people we’ve lost, before their time, due to fear. I still remember Mark, a beautiful, warm-hearted man who welcomed me when I first moved to Seattle. He was sweet and kind, and we had a special connection. My heart aches for the people around the world whose families have been destroyed, and who are denied treatment due to lack of access or funds. I hold the Bush administration complicit in the deaths of many people in Africa, due to their withdrawal of funding for comprehensive sex ed, in favor of abstinence-only sex ed.

It’s also the 60th anniversary of Rosa Parks’ act of civil disobedience. I can’t remember when I learned that she was an activist, trained for action, not a tired woman acting alone, but it blew my mind and made me so angry when I did. I know it was long after I finished all formal schooling. How much more powerful a story, and one that mainstream educators didn’t want us to know: collective action can and does push the needle. See also: ACT UP.

I saw a young black girl sitting at the front of the bus this morning, while I sat toward the back. I was struck by the ordinariness of it. There was no friction or conflict about where either of us sat. We sat where we chose. I was pleased by it, aware at the same time that there is still so much work to be done to reach true racial equality, as the Black Lives Matter work has made abundantly clear.

The past returns, in Yeats’ ever widening gyre, but I don’t believe it trends toward anarchy, as he predicts. History repeats, and the echoes reverberate. Some lessons it seems we need to learn over and over, with a node to Santayana.

I despair over humanity ever finding a sustainable peace, as the fresh wave of refugees, driven from their homelands, seek safer ground and find themselves rebuffed for the same reasons the German Jews were in the 1930s and 1940s. It’s Bosnia, it’s Sarajevo, it’s Rwanda, it’s Syria. It’s Armenia, it’s Tibet, it’s fucking “ethnic cleansing” which let’s be honest is state-sanctioned murder. If these are the examples I can list off the top of my head, I’m sure there are an equal number of atrocities I’m missing. And most of them haven’t been made into movies, sanitized for Hollywood audiences.

I try to take the long view, to see that progress is happening, even if it’s not on the timeline I’d prefer. In HALF my lifetime, gay people in America went from being persona non grata to having access to marriage. There’s still a long way to go in terms of protections, particularly for trans women of color, but given that 20 years ago there were NONE, this gives me hope. Hope for American culture to shift on things like gun ownership, access to health care, housing, gainful employment, and a standing down of the military. Hope for acceptance of all people. No, not just acceptance or tolerance, but celebration of the variety and diversity of what it means to be human, across sexuality, gender, religion, race, ethnicity, ability, age, and any other variable you can name. It may be naive, but the alternative is too painful to bear.

In my slowbloom way, I choose to return my focus to what I want. It’s easy to get distracted by all the things. It’s hard to admit what I want.

This is what I would tell you over a cup of tea today.