This week’s prompt was In Flight. I have plenty of bird pictures, but not many of them actually flying. So here’s my assortment, plus a bonus. There’s a scooter in air, a bald eagle being harassed by a red-winged blackbird, and a breathtaking snowy owl on the day of its release from rehab. It looks like pelicans are quite popular this week, so I’m adding one of mine. They’re like a box of chocolates – something to satisfy every taste. 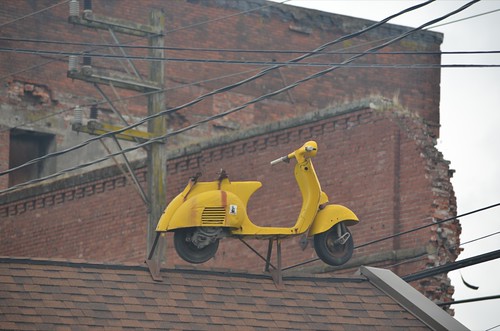 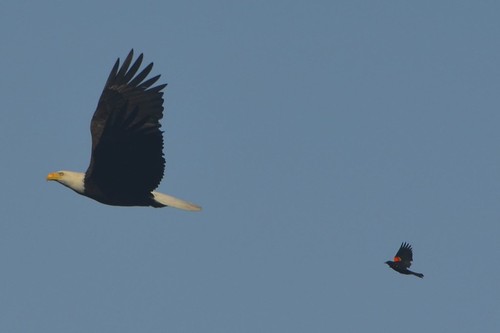 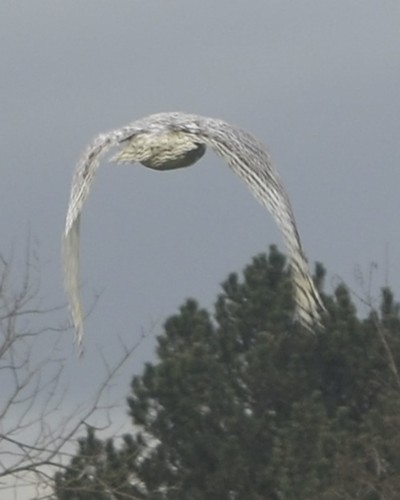 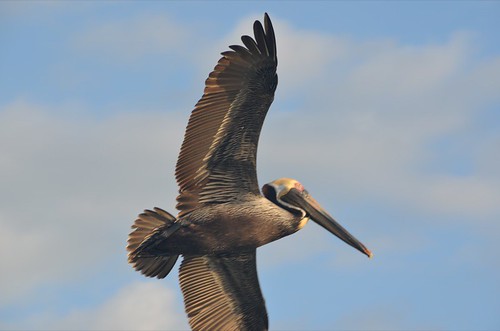 I asked if anyone had any burning questions on Twitter for me. Miss Idgie sure did!

@outseide you've been in a nearly two-decade relationship. Neither of you has offed the other. How do you navigate that??

I’m sure John Gottman could give you specific and detailed instructions on what makes a relationship work. This is what I’ve figured out for myself. 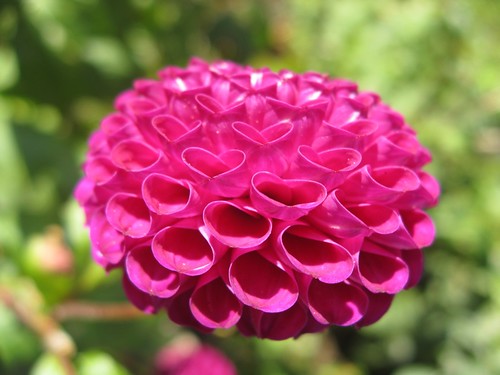 I am in a relationship with an introvert. It’s taken me many years to hone my “care and feeding” of said creature. There are always balances to be struck and negotiations to be made. People time v. alone time. Outside/nature/physical activity time v. indoor/cultural/social time.

I think the other reason my relationship (to date) has been successful is because I see us as being a team. My girlfriend supports me and encourages me and challenges me and I hope, at my best, that I do that for her (I’m pretty sure I do, since she’s said things like this me).

I don’t believe there’s a secret sauce that makes relationships successful. Gottman says contempt is poison, but I have to wonder why you would be with anyone you felt contempt for, so respect is a given for me.

What do you feel makes your relationship successful? 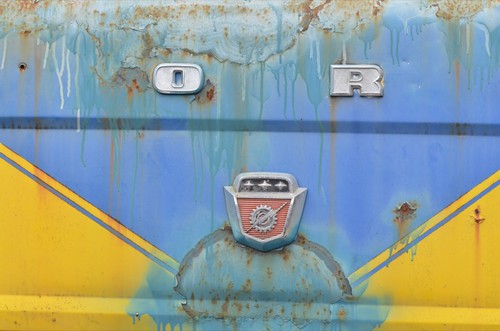 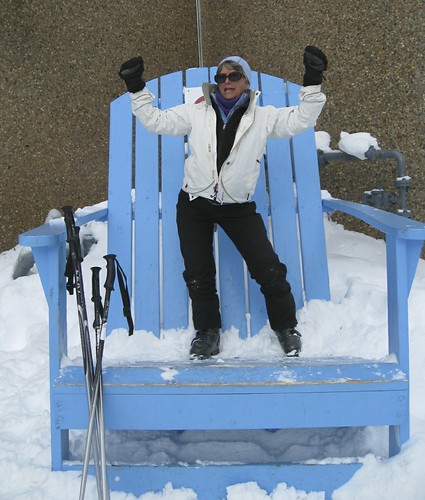 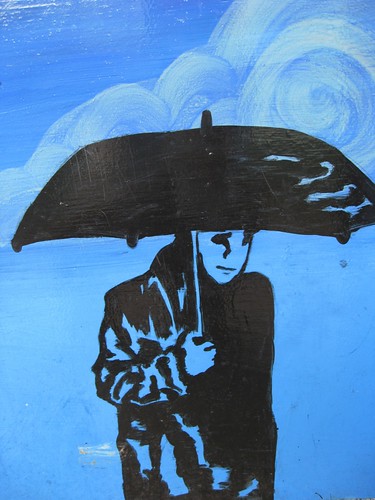 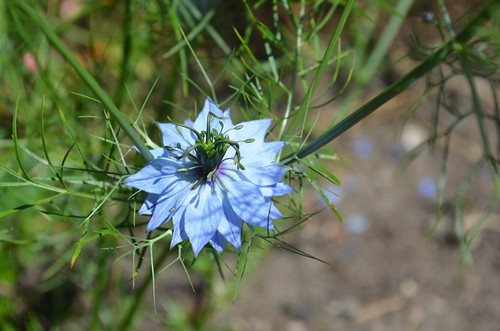 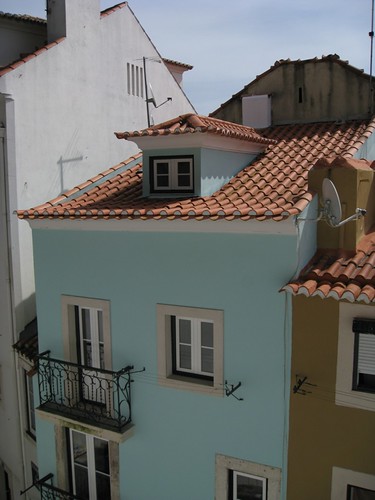 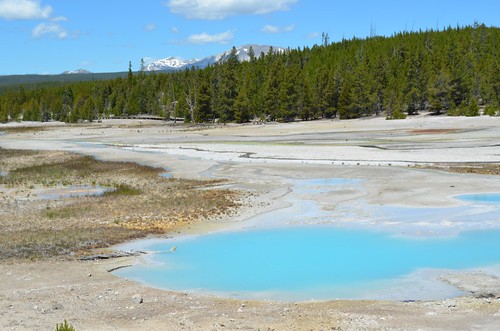 This week’s prompt was busy street. I really wanted to post a picture of the insane traffic that my mom and I experienced in Hanoi, Vietnam. But the three pictures I took just don’t capture the intensity. As a matter of fact, I had friends who warned me about the traffic in Hanoi before I left. And they gave me advice on how to cross the street. As if I didn’t know how to cross the street! Turns out, I needed their advice. 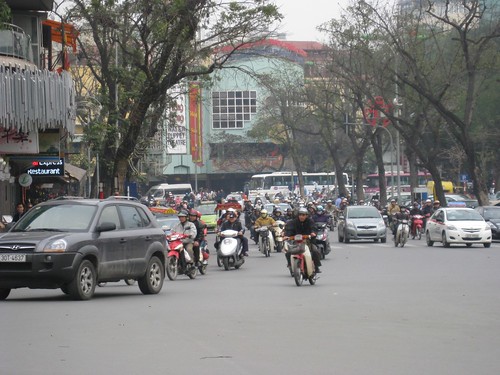 If you want to cross the street in Hanoi, (I hear Saigon is much worse), you wait until a pack of motor scooters comes. Then you step into the street and move slowly, with focus and consistency, until you reach the other side. You do not try to make eye contact with the drivers. Apparently this just throws them off. It is an exercise in trust, above all else.

I would link arms with my mom, and we would start walking. We moved at the pace of a small child or an elderly person. I would say, “We are the rock. They are the river.” We would clutch each other tight. When we reached the opposite side, we would rejoice in our success.

Since I find that picture doesn’t evoke the terror we felt every time we stepped off the curb, I’m sharing this delightful image of a pair of robots from the 2005 Fremont Solstice Parade. 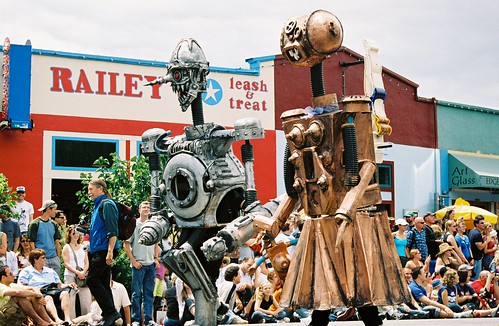 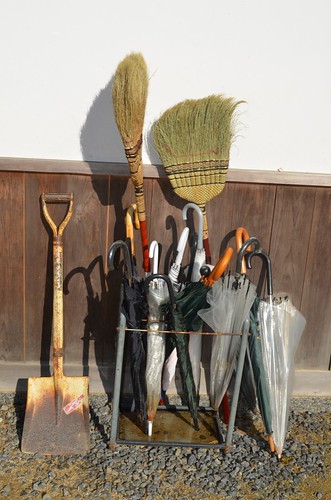 On Monday, Fran Wilde posted this piece about being “Mouse”. She spoke about learning to be silent, to be quiet, and gaining competency at sailing a boat. And then she said:

But there is another place where I want that feeling of competence. That sense of being capable:

Speaking up for myself.

I have never felt competent at that.

These words were like a giant gong going off in my head. I’ve been coming to this understanding/realization about myself in the last couple of weeks. I think I’ve realized this before, but in the past, I just felt overwhelmed by it and then let despair set in.

I’ve been working on engaging my fear the last couple of months. I’ve been taking baby steps, and saying out loud the things I think people will make negative judgments about. So far, all signs point to me continuing to do this. Mostly because it strengthens my confidence in myself, which is what Fran talks about in her post.

Speaking up for myself feels like the next stage/phase. I was in yoga on Monday and I realized something I’d never quite put together before. In my adult life, for every employer I’ve had, without fail I’ve jealously guarded my time. I was unwilling to compromise on time. I realize this rigidity is connected to my unwillingness to speak up for myself.

When I was at work, I would let people treat me like crap. When I wasn’t at work, I could choose (i.e. “control”) who I spent time with. If someone was being disrespectful, I could just walk away. Or suffer in silence until the event ended, and then vow to never spend time with that person again.

Fran talks about developing confidence in a physical skill and being able to translate that into another realm. Rose Lemberg responded with a series of tweets about belonging, competence, and privilege. She talked about where one finds strength when there isn’t a physical place to return to (a strong theme for Fran). It was the last several tweets that really nailed it for me (13-18) – like the hammer on the gong.

There is something inviolate at my core, a place I’ve guarded and it is that place from which I can trust myself. It is the place I return, time and again.

As I’m learning to turn down the dial on the fear knob and turn up the dial on the curiosity knob, I’m seeing possibility and considering new ways of being. Including standing up for myself. 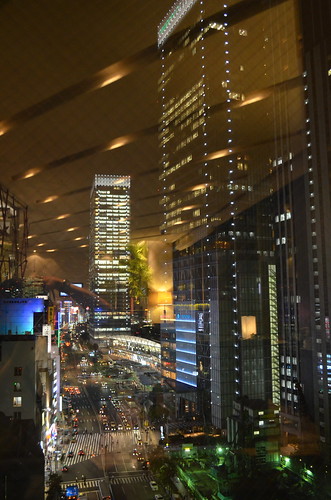 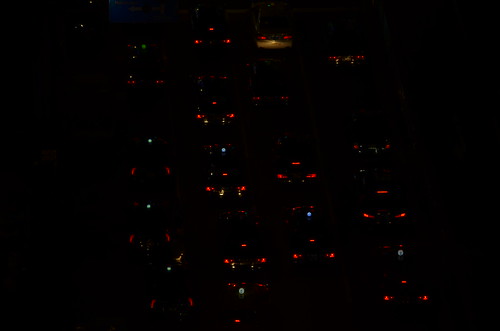 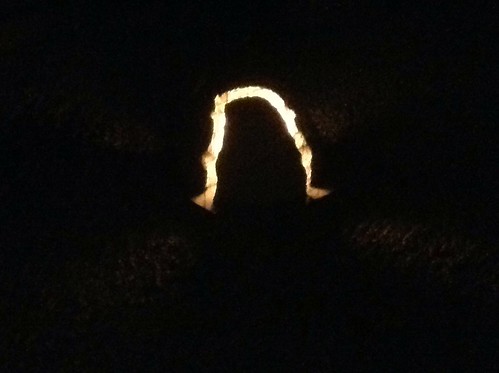 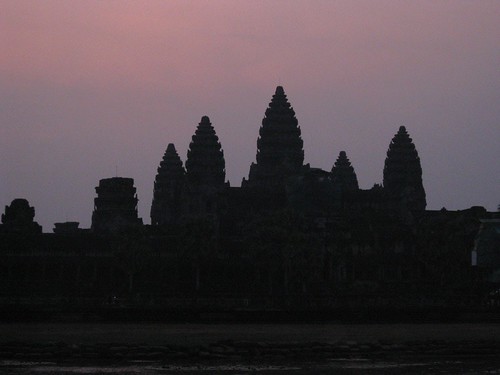 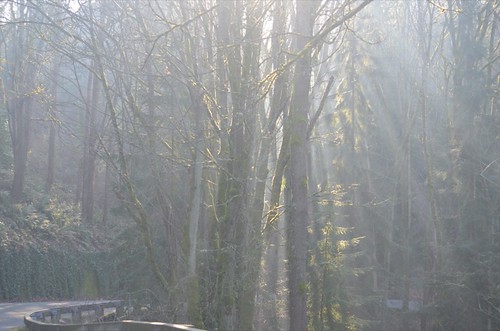 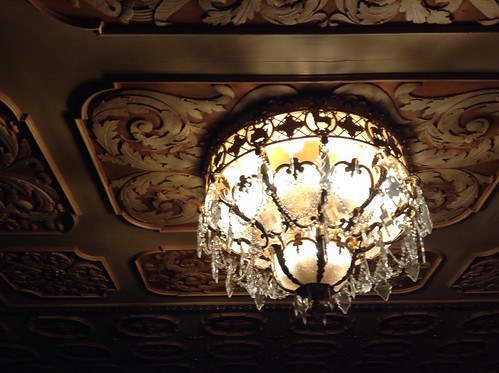 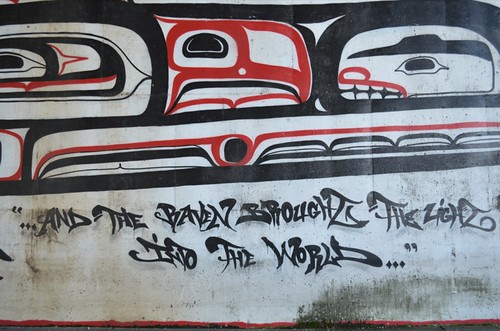 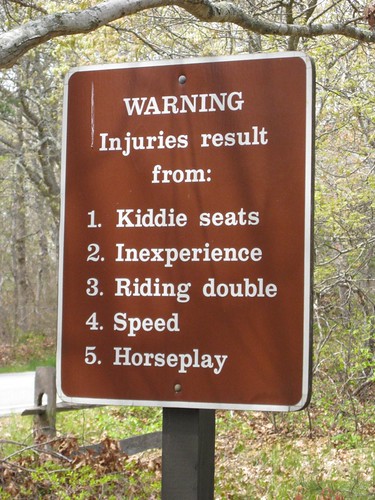 This week’s prompt for 52 Photos was Good Luck Charm. I’ve been struggling with this one, because I don’t really have anything I think of as a charm, nor do I subscribe much to good luck. This morning I was thinking about it again, because I love participating in this community every week. I let my mind wander and make its own connections. Good luck is a kind of magic, and I find magic everywhere (to paraphrase Dar Williams). And lo and behold, there are a few things that spike high on the chart when it comes to magic.

Some of you know I’m a gigantic fan of cetaceans. Orcas, great blue whales, bottle nose dolphins – I love them all. The best dreams I dream contain Orcas or great blues. I always feel completely peaceful and connected. I took these dolphin pictures off of Sanibel Island in March. I love their playfulness and connection to each other. 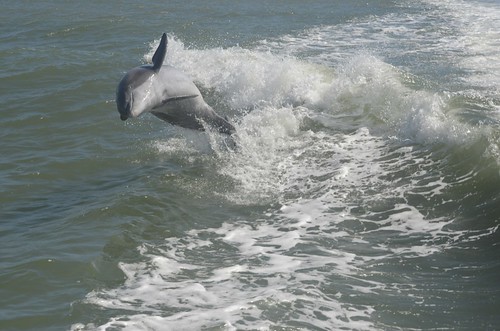 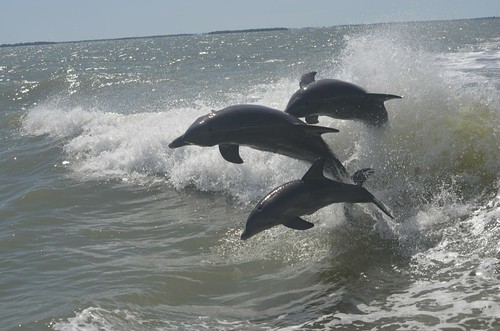 Pelicans also hold a special place in my heart. Perhaps it’s their inherent goofiness. I can’t quite say. 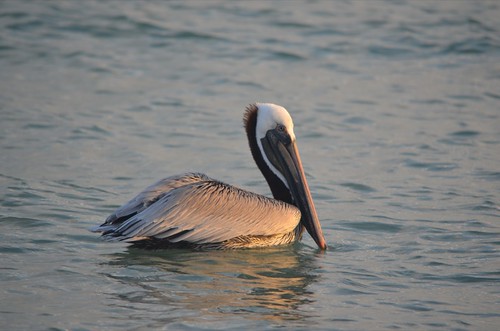 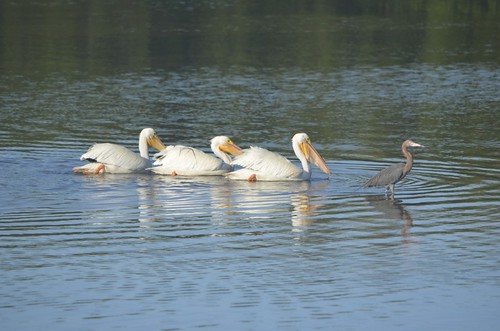 Finally, a Hello Kitty Lucky Cat that I saw when I visited Miyajima in Japan: 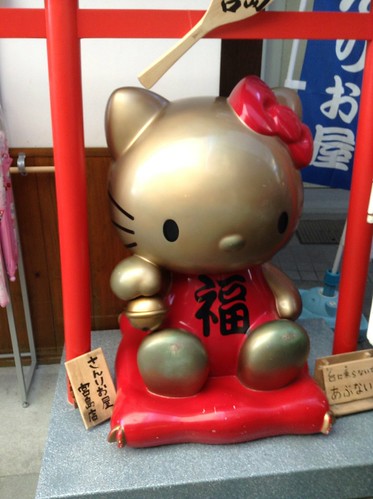