At the beginning of 2014 my friend Louise Knight encouraged people to pick a word as their theme for the year. I loved doing it so much, I decided to do it again this year. Last year my word was return. That turned out to be a great word. It was the same idea as meditation. In other words, whenever I noticed that my focus had changed and I was distracted by something, I could gently return my attention back to what I wanted to create.

Last year, while working with my therapist on issues around fear, he told me: Curiosity is the antidote to fear. Armed with this knowledge, I began experimenting. I would try something out and see what kind of results of got. Fear leads to paralysis; curiosity can unlock that frozen state.

This brings me to this year’s theme. Yes, I realize it’s the end of February, but I chose it at the beginning of January. I’m just now getting around to writing it up. I first thought it should be curiosity, but that wasn’t a verb. It didn’t impel me to any action. I considered experiment, but that too wasn’t compelling enough for me. And then I landed on the sticky verb try

Those you familiar with Star Wars will remember Yoda’s famous injunction:
“Do. Or do not. There is no try.”

Yoda gives this instruction to the young Skywalker after he watches his ship sink in the bog. For many years I subscribed to this approach. But recently I’ve come to realize that this sets up a false dichotomy: Do, or do not. There is no room for effort, for error, for learning by failing, which is how we all learn.

When I speak of trying, I speak of failing. I mean making the effort and not getting it quite right, but learning something with each round. There is a wonderful children’s book, The Most Magnificent Thing by Ashley Spires that describes this process wonderfully. There is a little girl and in her mind, she envisions the most magnificent thing. She sets out to create it, but her first attempt doesn’t hit the mark. Nor does her second or third. But in each attempt, she learns and sees something that she can adjust that will improve her product until she attains her goal.

When I try to do something, with focus and intention, and I see the result isn’t what I intended, I have hopefully learned something that I can apply when I go back to do it again.

I read in the book Art & Fear a story about a ceramics teacher who demonstrated this very concept I’m describing:

The ceramics teacher announced on opening day that he was dividing the class into two groups. All those on the left side of the studio, he said, would be graded solely on the quantity of work they produced, all those on the right solely on its quality. His procedure was simple: on the final day of class he would bring in his bathroom scales and weigh the work of the “quantity” group: fifty pound of pots rated an “A”, forty pounds a “B”, and so on. Those being graded on “quality”, however, needed to produce only one pot — albeit a perfect one — to get an “A”. Well, came grading time and a curious fact emerged: the works of highest quality were all produced by the group being graded for quantity. It seems that while the “quantity” group was busily churning out piles of work – and learning from their mistakes — the “quality” group had sat theorizing about perfection, and in the end had little more to show for their efforts than grandiose theories and a pile of dead clay.

Do, or do not, it’s not a zero-sum. I wrote last year about failure, and it’s the fear of failing of that keeps us all from trying. What if the first effort is a failure? Or the second or third or tenth? At what point do we define our efforts as a failure? For me, I’m going to put that at the end of my life, so I can have as many chances as possible.

We can all make the effort. We can keep aiming our arrows and drawing back the bows. As one of my yoga teachers says, “No effort is wasted.”

This week’s prompt revolves around scent and fragrances. There were so many ways I could have gone with this, from various dishes that make me salivate to blossoms that make me swoon. There are scents that calm me, and scents that invigorate me. There are unsavory scents, of which I will not speak further!

At the top of my list is the daphne odora. This is a small cluster of blooms that radiates the most amazing scent. I think it smells like a hand lotion. If you stick your nose in really close, it gets pungent like a jasmine or gardenia, but from a few feet back, it’s pure bliss. I love this time of year in Seattle because I walk around, hopping from bush to bush and inhaling like I’m going to run out of air. 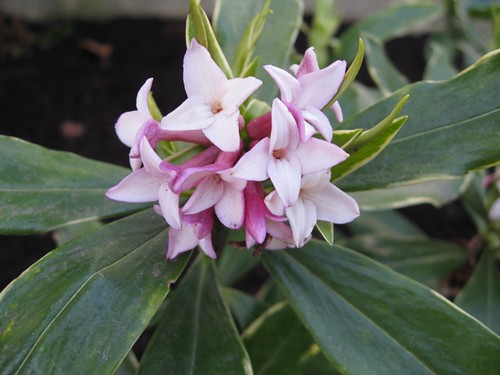 A few other blooms that make me swoon: 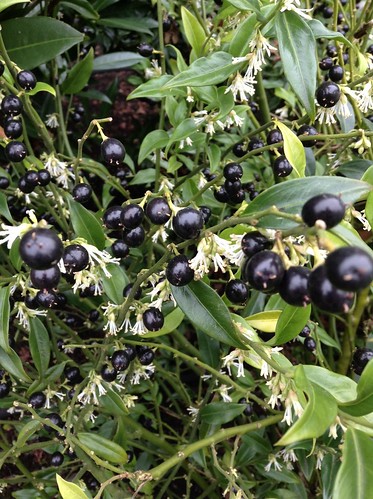 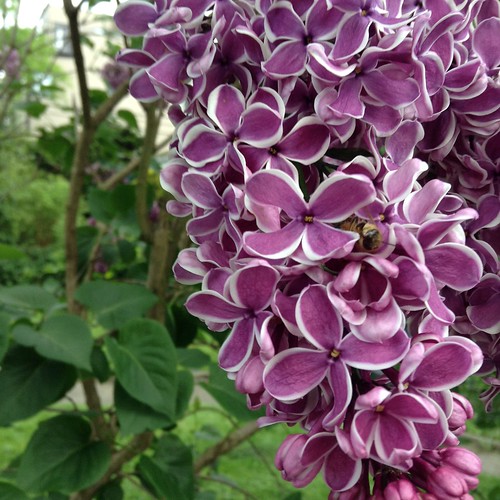 Mystery Blossom in Portugal. Would love to know if any of you know. When I smelled it, I just wanted to stay where I was and keep sniffing. 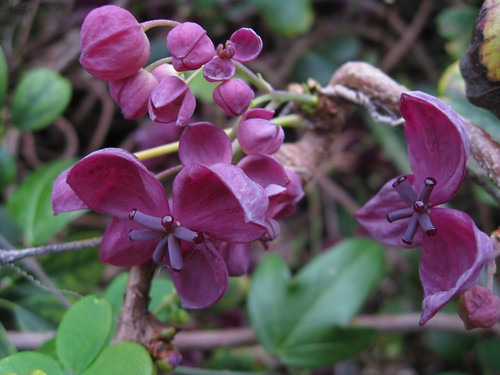 And finally, this pair of balsam pillows. My grandmothers always had them around their houses, bringing a little bit of the outside in. Now I have my own, and my collection is growing. We love it when we catch a whiff of that dry, piney scent. 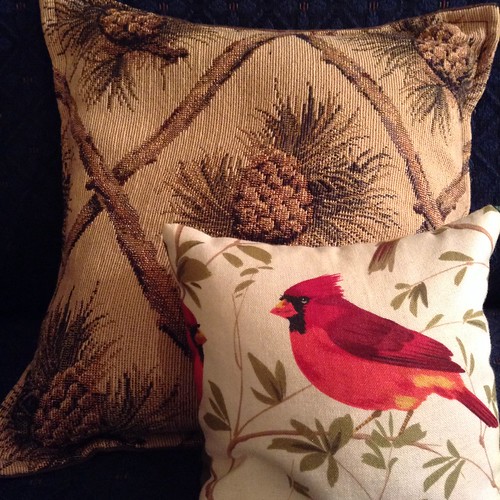