There have been a lot of conversations in the last few years about diversity, inclusion, and representation in fiction. I have followed along with a lot of interest, in part because I want to see pieces of myself reflected in stories – whether queer, Jewish, female, identical twin, femme, tea drinker, you get the idea, etc.

For the purpose of this essay, I’m going to focus on representing sexuality that is non-heteronormative. If nothing is explicitly stated or said in the text, the reader will assume the characters are straight. (And white. And cisgendered.) The question for many writers who want to represent these characters, then, is how to describe or show their characters are queer without it feeling artificial to the reader.

There are two points I want to make here:

1. How to show a character is LGBT
2. How their sexuality relates to the plot 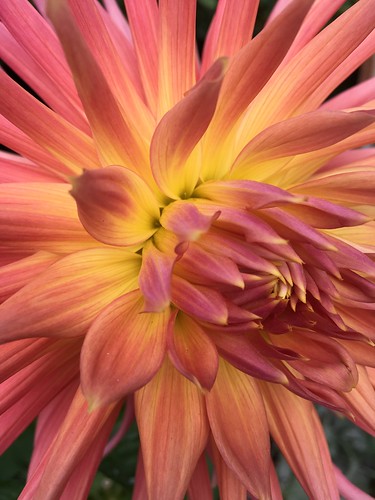 Showing the character is LGBT

You might be tempted to just state it directly. A friend allowed me to use this example from their WIP. Your protagonist enters a room and catalogs the people. They see your gay character, who they also know is gay. They say, “Clearly, Juan and Bob are in a relationship,” without giving any additional information. It’s clear to that character, but it’s not clear to the reader. What is it about any couple that indicates they are in a relationship? How do you show that to the reader? What if they were in an opposite-sex relationship? Without having the characters engage in sex, here are a couple of ways I could think off the top of my head: they wear matching wedding bands, they are holding hands, they mention how they met/their first date/their anniversary/their wedding in conversation.

Also, where they stand in relation to one another will tell the reader a lot about their relationship and/or personalities – are they close in private but won’t stand within five feet in public? Are there societal things that make that kind of behavior normal, or is that just the personality of the characters (could be both).

Finally, the attitudes towards the queer characters will tell the reader a lot about the society in your book. Are all forms of sexual orientation equally valued? Are some accepted and others not? This will inform how your characters behave in public versus private, and an individual character’s opinion and judgment about those characters will tell the reader a lot about them.
Last weekend I went to a restaurant for lunch. It had a very long bar. I noticed two women sitting next to each other. The one to the right had her arms stretched out on either side of her, resting on the seatbacks of the chairs. It was a very possessive posture, and it let me know that the two women were a couple.

Here’s an exercise: go to a restaurant in your area. Watch the people and how they interact with each other. See if you can figure out who is in an intimate relationship. What are the cues they are giving? Is it different for same-sex couples than opposite-sex couples? Are there cues that a single person is sending that tells you what their sexuality might be?

Sexuality as a plot point

I have been having this conversation a lot, so I figured I would write it up. It’s very common to read a story or see a movie where the character’s sexuality moves the plot along. The one most people are probably familiar with is the coming out story, where the moment of reveal is the climax, and then the character is punished because of their sexuality.

The movie Carol defies this trope this incredibly well. It’s set in the ‘50s, when American society was less accepting and there were laws against being gay. The titular character, Carol, is married to a man, but has affairs with women. She meets a young woman and tries to run away with her, but her husband sends someone after her. She has a young daughter and is sued for divorce. There are consequences for her due to the cultural context, but the character herself isn’t punished for being queer. She doesn’t feel ashamed or sorry for her sexuality. It is an immutable fact of who she is, just as being blonde or 5’6” tall. This is not to say that everyone’s sexuality is fixed, just that it is for this character.

What I’m trying to get around to is this: your characters will be informed by their sexuality and their social/cultural contexts, but it shouldn’t define them.