I promised Summer and Carla yesterday that I’d tell them the story of finding my therapist. 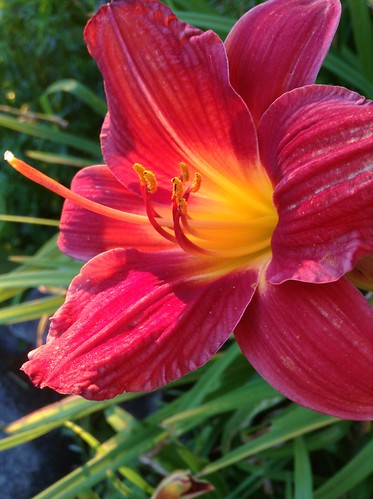 In December of 2012 I knew I had a problem. I was interpreting everything as a threat. I couldn’t tell what was what. I felt like the Farside cartoon, where the amoeba wife is saying to her husband, “You’re just stimulus, response! Stimulus, response!” I felt like I was living at DEFCON 1, ready to push the red button that means nuclear annihilation. Recognizing that this response was utterly out of whack with the external stimuli, I decided to get help.

I have gone to counselors before, so this wasn’t the first time I’d gone looking for one. I had at least a little bit of experience and idea of what I needed. I got a referral from a dear friend and went to see her therapist. He turned out to be awful. Case in point:

I took a step back. I thought about all the people I knew, and if any of them were therapists. There was one person who fit the bill. I had met him on Twitter, through a mutual friend. And not only that, he’d visited Seattle the month before and I had met him in person. We’d connected and I knew I could trust him. I contacted him and asked him if he would be willing to work with me. He said he’d give it a try.

As much as I’ve gotten out of therapy, I cannot emphasize enough how powerful this first action was for me. I’d learned to dismiss my intuition and sense of what was right for me. This was the first action I’d taken in YEARS that was in alignment with my core.

In the last year and a half, I’ve spent a lot of time learning to identify what I’m actually feeling. I’ve learned to scan for support, rather than see everything as a threat. I’ve learned not to take things personally. I used to worry about being an asshole. I still do, a little bit, but mostly I consider whether or not I’m being kind. I’ve learned to recognize and go after what I want. I’ve learned that if I want people to see me, I have to be willing to show myself (eep!).

I’ve worked on developing my awareness and slowing down the time between reaction and response, so I can choose my response, rather than the two being laminated or magnetized into a single action.

My therapist told me, “Look for where you fit, not where you fit in.” I could have made excuses with the previous therapist. I could have found reasons to work with him. But I didn’t. I knew in my marrow he wasn’t the right fit for me. And I did feel a little bad, then. Now I understand. It wasn’t about me. It wasn’t personal. And he wasn’t the right person for me to work with.

If you are currently shopping for a therapist and you are having trouble finding someone to work with, I hope you won’t be discouraged. Keep looking. There will be someone who is kind and who can help you.