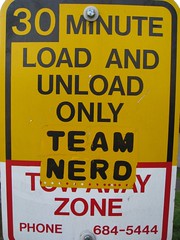 2 thoughts on “Geek Girl Con Part II: Not like other”