I have never owned a car. When people learn this about me, they are surprised. We live in such a car-centric society. So when I moved to Seattle after I graduated from college, one of the requirements was a decent public transportation system. The town I grew up in had none. Seattle’s was a dream compared to that. 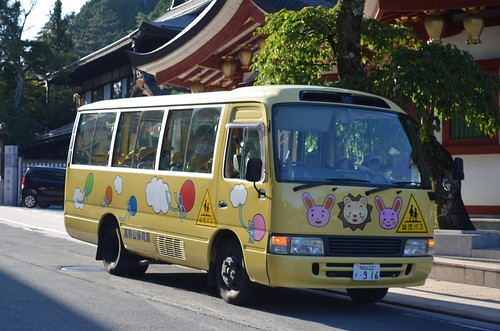 In my twenty-two years of riding the bus in Seattle I’ve accumulated my fair share of experiences. Men who want to talk to me is fairly common. I’ve made friends from riding the bus. One friend I made ended up moving across the country to the same town my sister was living in, and they became neighbors and friends!

I take the bus every Sunday morning to Fremont, where I meet up with friends to write. Last week I decided to change up the route I had been taking. A man I’d talked to before was waiting at the stop. He’s probably in his early sixties. He’s tall, with salt and pepper hair and a mustache. He’s a quiet man, and he seems amused by what he sees, but underneath it there seems to be a sadness. I spoke with him several years ago, when Referendum 74 was going to be on the ballot. This was to legalize same-sex marriage in Washington. He was supportive of it, but he told me his family was conservative and wouldn’t. He couldn’t talk to them about it. I don’t know for certain that he’s gay, but I think he is.

Last week I talked to him again. During the course of our conversation I learned that he’d majored in computer science, and at some point while he was in college, he took a class to learn Braille. He works at the Talking Book and Braille Library, and he can read Braille visually. I didn’t even know that was possible. I thought that was so cool.

This morning I saw a woman I’d talked to before. She is an artist and she sells her work at the Pike Place Market. Last time I talked to her, it was a very wet day, and she was carrying a large piece of artwork covered in plastic. She’s also probably in her late 50s. She has large brown curls and a very open face. She clutches her art close to her body, and always wrapped in plastic. When I talked to her this morning, she said she didn’t recognize me. She has face blindness, so she can’t recognize faces, but she remembered other details that I hadn’t even paid attention to!

Did we talk at the Market?
No, I said, here, at the bus stop.
Oh, you gave me your card. It said bon vivant on it!
Diletantte, I say. Close!
Yes. And you had an amazing raincoat and boots.

We got on the bus and talked more about her art, rising cost of rent on Capitol Hill, carbon monoxide poisoning. I asked her if she knew a friend of mine who worked at the Market. She did, of course. It’s a small world. She invited me to call her to have tea or coffee sometime. I think I will.

My world is richer for knowing the people in my community, and the bus helps facilitate that. Although I have to put up with the stranger interactions, I wouldn’t trade it in for the wonderful friends I’ve made.

2 thoughts on “The People on the Bus”